This game is quite highly rated, it is also somewhat suspiciously rated. The ratings given vary widely, there is good reason for this.

It is irredeemably awful.

A little history, I have no idea of this game’s history, I don’t really care if it comes from a previous successful and good game, I don’t particularly care if it comes from a protracted period of development hell, the game must stand on its own without history, and the game falls flat on its stupid face. It features an absolutely dreadful tutorial which tells you almost nothing useful that wasn’t already intuitive. I don’t really need an explanation of how a map works, or how the obvious buttons do the obvious things, what I really wanted to know is what I press to get the PDA to pop up on screen, what the hot keys turn out to be to get it to go to each section with a key press. Some other useful information should have also been provided, for example that the game has an inventory system. That’s right, it forgets to mention that the game has a system for managing what you carry. They may have glossed over it because it’s rather poor, it looks and handles like poo, and is an unpleasant throwback to amateuristic 1990s RPGs. I should probably mention now that this game isn’t really an RPG, nor is it an FPS, it combines both in new-found and awkward ways. 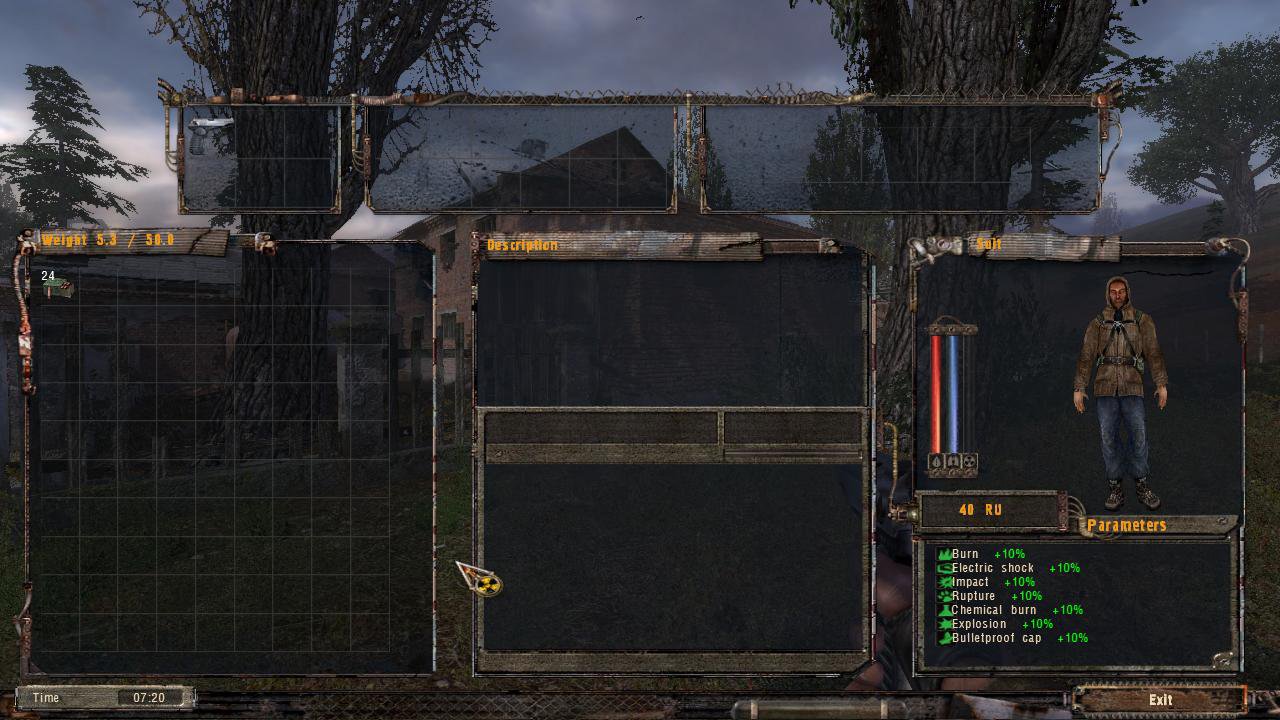 For example, I suspect that at some point in its development, it was decided that while this game would have a single-player mode, it would be mostly designed as a multi-player experience, then it was decided after a lot of groundwork was completed that the multi-player sucked and single-player was the way to go. Never before in a game have I been talking to someone only for them to notice a dog three hundred miles away and stop mid-conversation to go and stand in the corner of a building facing in the general direction of it. This is not good. I’m playing single player, can we just pause it, and don’t give me any crap about realism. The behaviour it actually does isn’t exactly realistic is it? Oh and the mid-conversational bit you were trying to read (yes read, most conversations aren’t voiced), that’s lost forever of course.

It’s set in a world where there was another Chernobyl disaster, you are the “Marked One”, so called because you have a tattoo, which must therefore be an incredibly rare thing for Stalkers to have. Actually you have the acronym S.T.A.L.K.E.R. tattooed on your arm, this is pretty stupid as this is his occupation. You don’t often find people with their occupations tattooed to their forearm, anyway, after clicking new game we get treated to a pretty cool opening movie where almost nothing is explained, but that’s okay because you’re supposed to be an unknown element, presumably all the story I missed by quitting and exiting in disgust is the Marked One’s journey of self-discovery where they discover they grew up in an agrarian paradise with no radiation or something. So you get rescued from a crashed truck by a bloke who knows a guy who can get money for dead people. After the guy vigorously eats chicken leg he asks you to work for him since you “owe him”. After a brief tutorial mentioned above and a conversation where he moves his lips for the first half of the voiced conversation, you emerge into the world after wondering whether or not you are supposed to notice that the mission in your PDA is Kill Strelok when the opening movie’s had Kill The Strelok and if that’ll be a huge ‘surprise’ plot point later in the game. 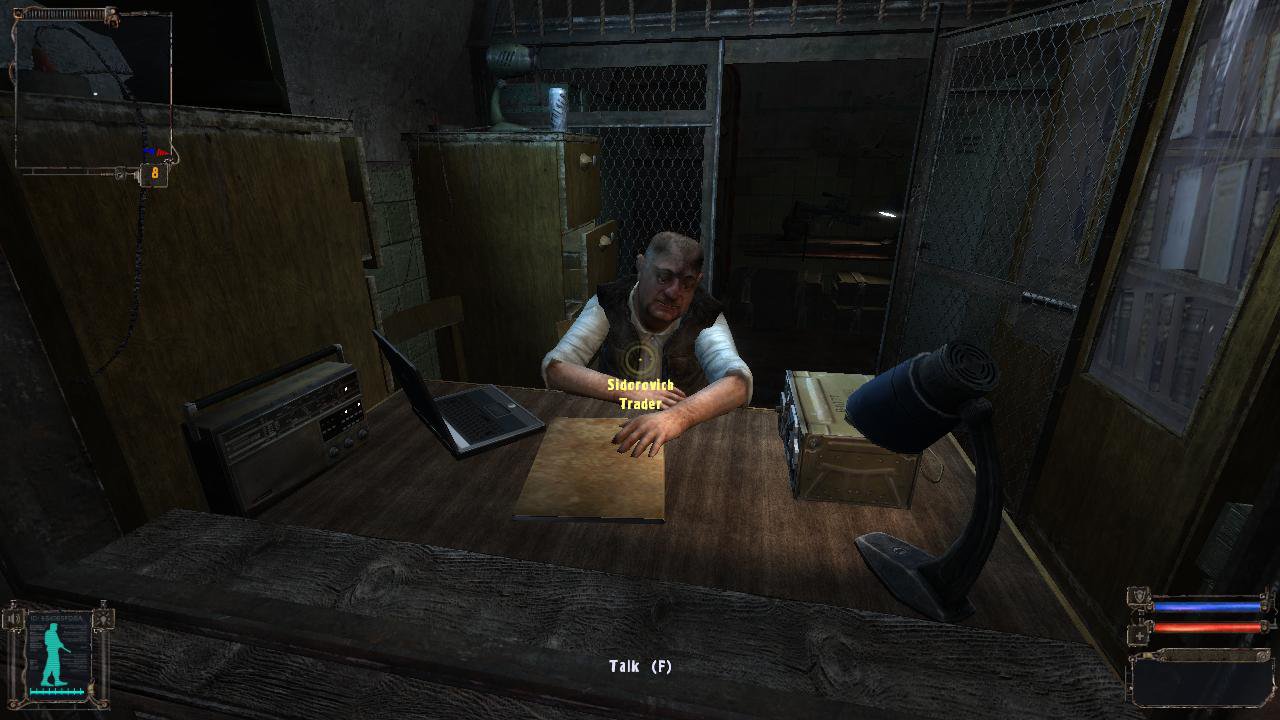 You’re now in the land of 1990’s graphics where the poly-count of the other actors in the game are low enough that you wonder why the dog-mutant thing has trapezoidal legs. Almost immediately you notice the lag in movement and controls so you go back to the graphics menu to wonder if it’s the graphics settings being too high despite the age of the game. Holy crap it is! The game is intensely inefficient graphically and should work better than this at full settings with much crappier hardware. Especially since the graphics are so bad. This is not a pretty game at all, and looks dreadful even comparing it to much older games. Not to mention that artistically it’s very bland too with the boring browns of modern shooters. You’re given a bunch of tasks where you must travel at broken neck speeds around the allegedly open-plan world (that’s no fast travel, you go everywhere on foot, and with the added bonus that lots of the areas require loading and going through a single narrow point you can’t go around). 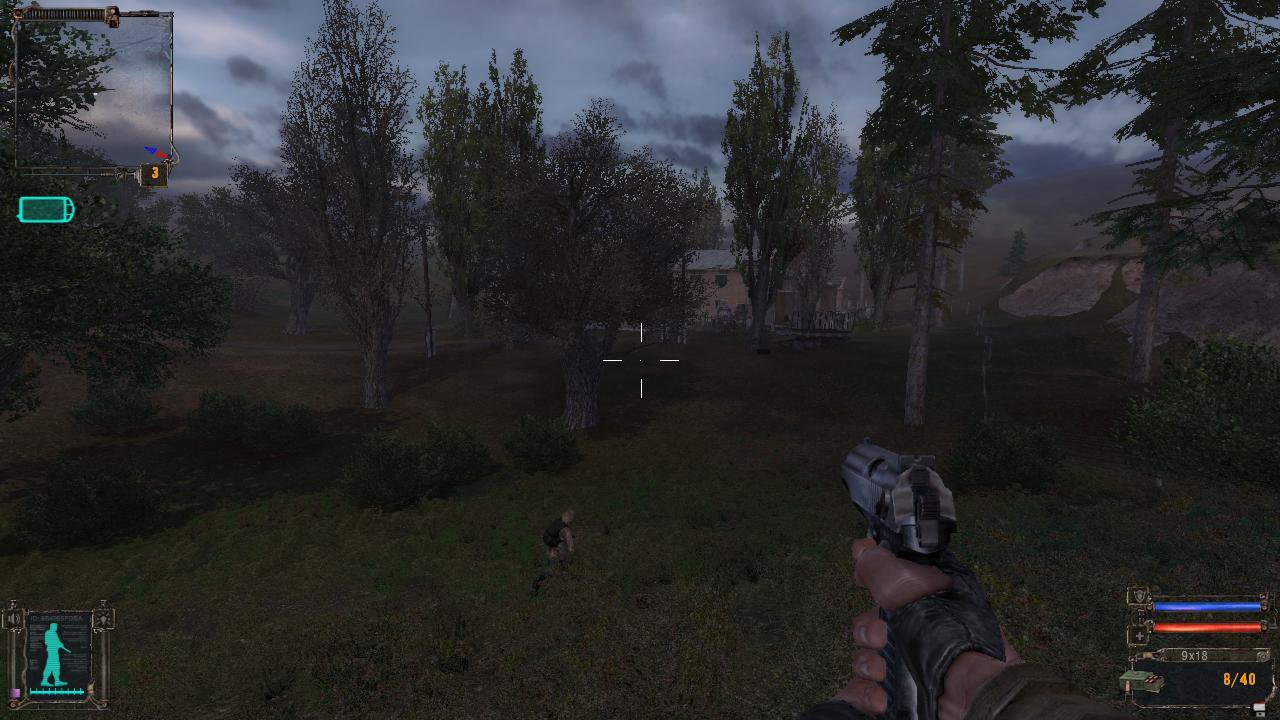 Then you die. A lot. The weapons are pathetic and it feels like you’re shooting people with a squirt gun for all the death-dealing they do. Oh except when people shoot at you. Then they’re in possession of … well, guns. Yes, another game has tried replacing game-play with difficulty. It’s really hard, yes, even on easy. Well done. Except that no-one will be able to play it without modification. And it still isn’t good.