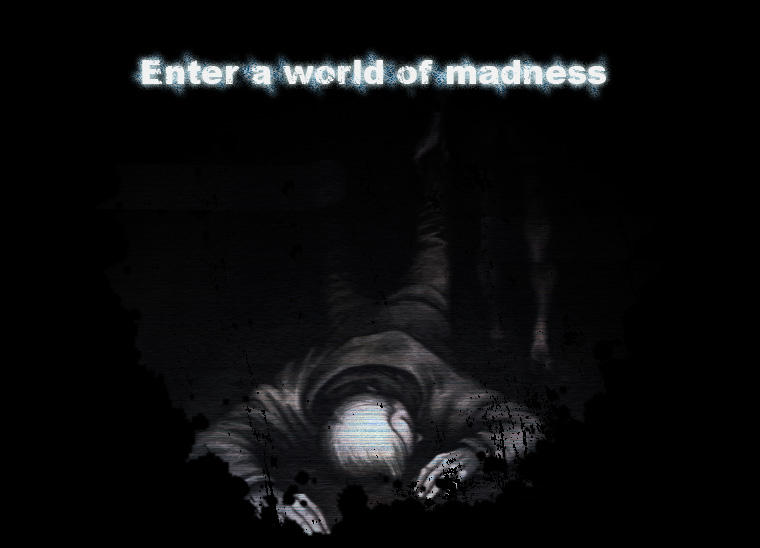 One of my favourite games is Call of Cthulhu: Dark Corners of the Earth, I have a soft spot for games that are actually scary, that make you cringe in fear, make you dread what happens next, yet drive you forward by using attraction combined with revulsion. It isn’t easy to do, few games, or films for that matter have managed it. Arguably, games being interactive, they have the advantage, Silent Hills 1, 2, and 4 being good examples that aren’t Dark Corners of the Earth. Oh and System Shock 2.

Wait, that’s all the games that have managed it.

Penumbra: Overture is horror, not survival horror where zombies go boo, but actual just horror. Speaking of interactive, it really goes much further than most games now, System Shock 2 had an interesting idea where you can go into a cursor mode to give yourself a finer control over the manipulation of the game’s environment. It was a great idea, but seemed like a bit of a chore, and it has taken a relative newcomer to the industry to be able to bring it back, better than before. It is also entirely optional, so you don’t like it, well, you don’t have to use it. However, when you grasp a drawer in the game and drag it open with your mouse after grasping the front, it’s a joy and not a chore (it becomes a chore later since there are a lot of drawers), and you don’t need to switch to cursor mode to do it anyway. Doors work in much the same way, grasp with your cursor and then draw your mouse like opening a door, this may sound over the top, but in a horror game being able to control how quietly and slowly you open a door is a real treat. Occasionally it won’t work right and you’ll have to approach an object at a different angle, but most of the time it’s a welcome addition. 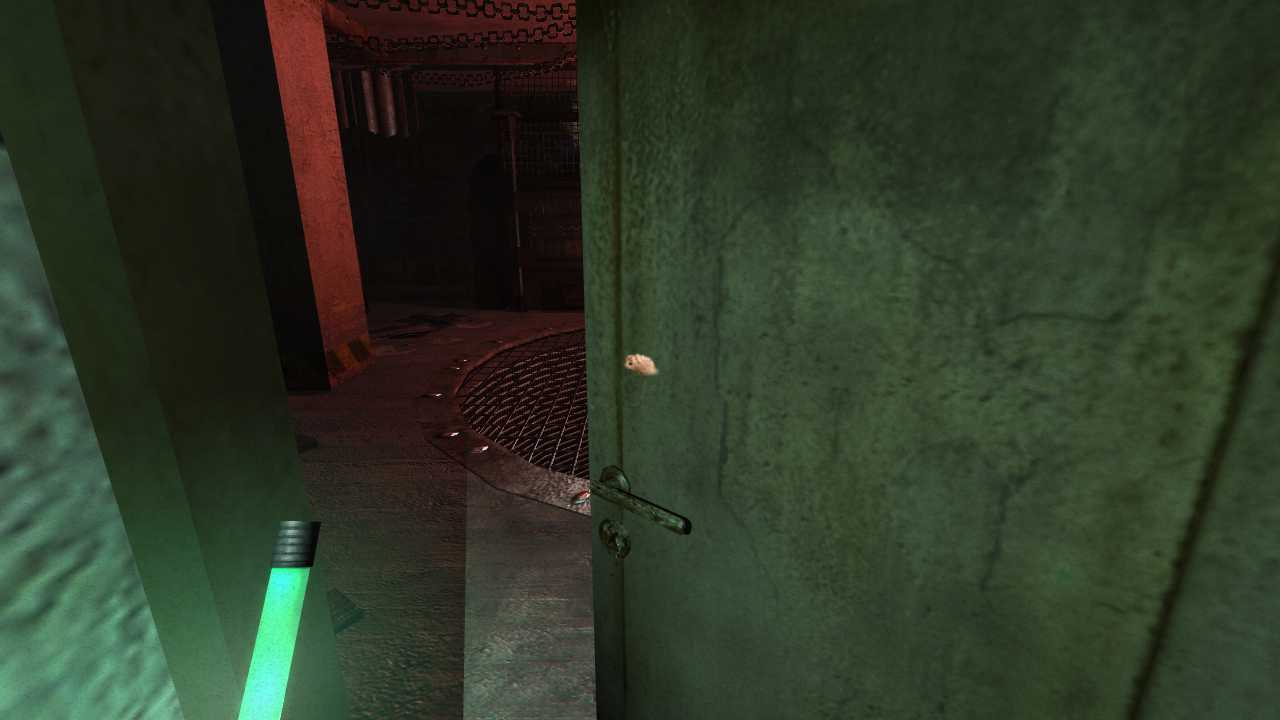 With that said, it’ll take you a little while to get into it, unfortunately the game seems a little amateur, and could have really used with some better voice acting as the opening demonstrates. I mean, it isn’t terrible, but does detract from the presentation a little. You could argue that it’s refreshing to hear someone who is close to the age of the protagonist, someone who just sounds like an everyday person. Really though, it isn’t possible to make an everyperson, even when the main guy is silent, he still isn’t you. I would have been happier with the older guy with the cool voice from down the road, I don’t ask for much, but a horror game is about atmosphere, it is forgiveable and something they can work on in the future, the upcoming game for 2010 for example: Amnesia: The Dark Descent. I look forward to it.

So you take the role of Philip, really cynical English guy. Your dead father writes to you with some instructions to burn some papers he’s left you. Of course you don’t, and unlike most plots where characters do weird stuff for no reason, his opening actions are completely believable. He gets curious.

This is one of the many points I love about this game, for they have a good story, and this is what I think more developers should consider doing. Don’t make clones, don’t just make plot-less pablum for new platforms, you have an advantage over established game developers, you can take risks and do something with feeling and story, that’s where you can succeed where others fail, and Penumbra does this, not to say it’s hugely original, what is these days? We want to have fun on games, yes we could be original and write something new, but it probably won’t be fun, engaging, or entertaining, story-lines are game weaknesses though, a Fallout 3, or a Silent Hill 2 quality story is very rare indeed, so rare you don’t have to be even near that good to produce something worthwhile.

Philip’s curiosity (and cynicism, don’t forget that) lead him out to where his father tells him not to go, he was to destroy all evidence, but couldn’t. And now he’s in a part of the game with graphics. They aren’t bad, they have that flat look to them but really, that’s a small complaint, and the grainy filter helps with both graphics and atmosphere. The interactivity shines through immediately as you can grasp, pull, open lids all with gesturing with the mouse and moving. It might not sound like much at first, but you’ll get completely taken in all the more. As all horror stories, it starts off innocently enough, but soon gets creepy. Isolation is one of the games strengths as you open the game in desolate, uninhabited Greenland. Might as well get used to it, it’s an ever-present theme. The howling of the wind, the sometimes poignant, always excellent music, the lack of anything approaching human warmth drive home your (almost) complete desolation. This leaves you free to worry about the ‘other’. 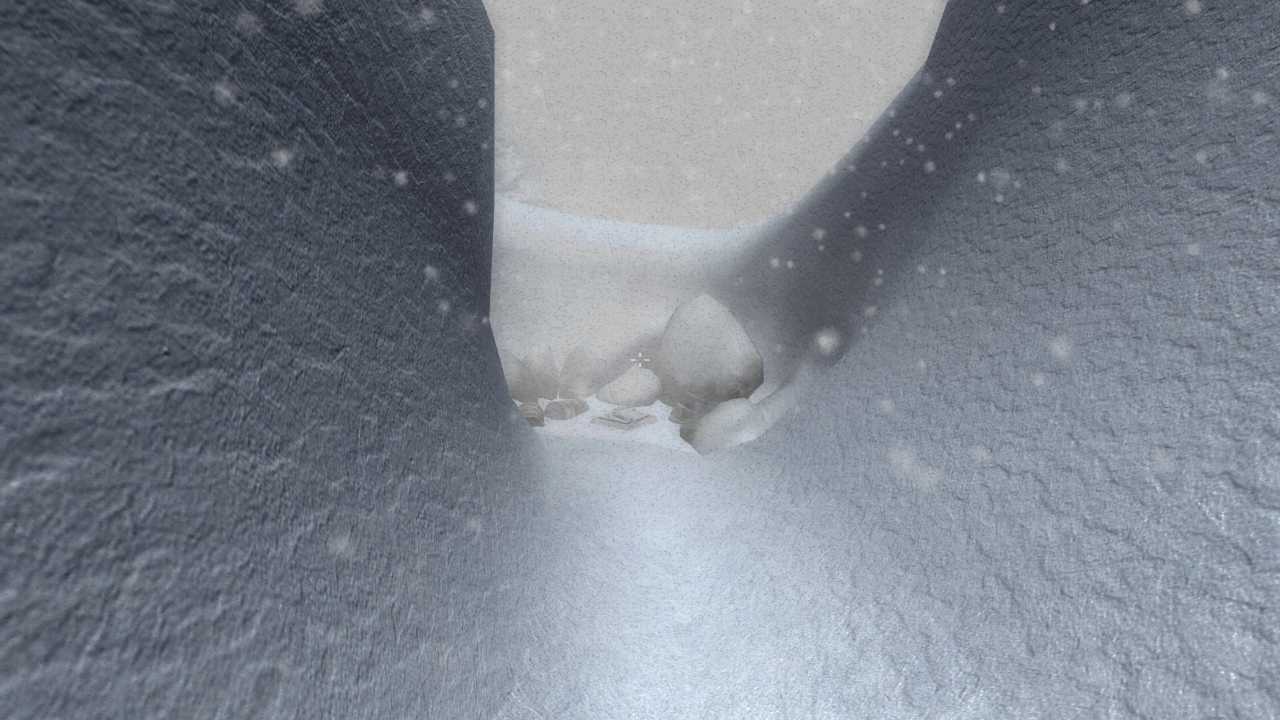 You soon enough, after an introductory section, get stuck with no way back in an abandoned structure with only a few meagre possessions, including the obligatory flashlight. This flashlight is a little crappy however, as Philip comments, and eats batteries like there’s no tomorrow (which there might not be anyhow), so you also have a glowstick, and the difference is big enough that you want the batteries, whilst the flashlight’s bright cone lights up the darkest corners of the earth, the glowstick’s ghoulish glow doesn’t reach very far leading you blindly searching out the edges of the room. Of course, they’re both wickedly atmospheric. There are also other light sources which are optional and it’s quite nice to not have everything you pick up be of vital importance, they’re in there purely for atmosphere, like the flare.

The scares come fast and hard and you get the nagging suspicion that the Cthulhu Mythos solution is the most sensible, just kill yourself now, get it over and done with whilst your sanity remains intact. That would take all the fun out of it though. Whilst the game isn’t actually set in the Mythos, it does borrow heavily from it in mood. Strange bangs in the distance and sometimes in front of your face come just infrequently enough for exhaustion to be avoided, tight areas give you a very uncomfortable sense of claustrophobia. It isn’t all good news, the combat in the game, whilst extremely rare is far too awkward and some chase sequences are tremendously difficult, with the annoyance that some enemies must be avoided too many times. The sheer thrill of discovering more about your surroundings compensates for some thoroughly frustrating times, and the sometimes slog is worth it. The sneaking system helps, when you crouch in the darkness, you become much harder for the enemies to see, and crouching still is even better, you’re compensated the lack of light sources (the enemies would see you) by your eyes natural adjustment to the darkness represented by a blue tinged field of view change. Looking too much at the whatever-the-hell-it-is stalking you will make you panic and stand, alerting it to your presence. Mind you, the moment when an enemy sniffs you out and detects you should be experienced at least once. Being chased into a new area you don’t know spotting dead ends is intensely exhilarating. 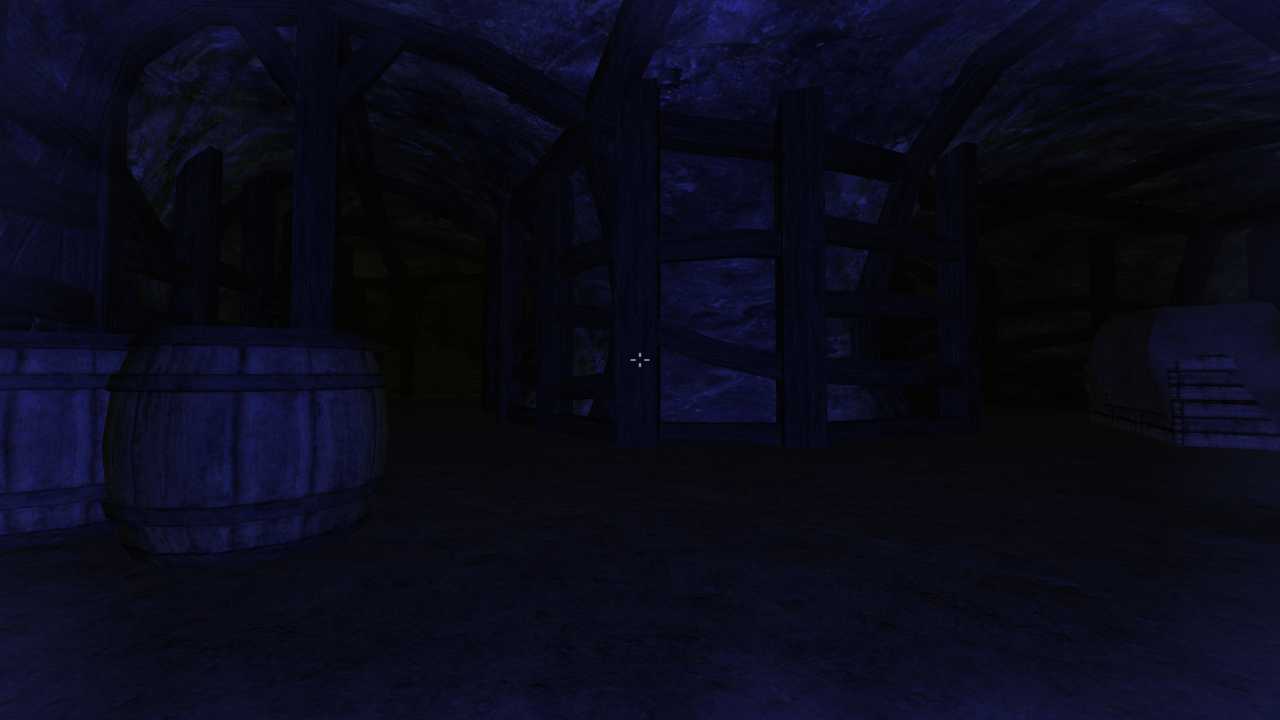 What horror game worth its salt doesn’t have great iconic moments though? Silent Hill 2’s Pyramid Head sequences, the moment when Shodan reveals herself, or the section in Dark Corners of the Earth when you’re being pursued through the hotel. This game unfortunately does not reach the heights of those games, but it does do very, very well, there’s a certain scene with an incinerator which is just unforgettable.

If you’ve been pining for a successor to Dark Corners of the Earth or lamenting for a game to tide you over until Shattered Memories, get this.